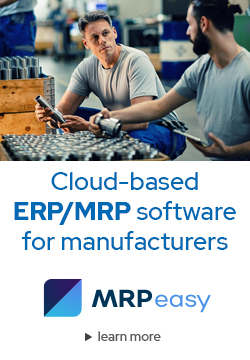 Manufacturing sector contracted for the first time since 2009, data show

The decline is a sign that manufacturers are starting to feel the effects of the ongoing trade war.

The U.S. manufacturing purchasing managers’ index (PMI) fell to 49.9 in August from 50.4 in July, according to IHS Markit. It is the first time the closely watched indicator has fallen below 50 since September 2009.

A manufacturing recession is here. Now what?

With the U.S.-China trade war sapping demand, companies have limited options for protecting profits. Plus, more industrial insights. The most obvious move is to cut expenses, which will inevitably translate into layoffs.

In all the excitement that surrounds Industry 4.0, its predecessor in manufacturing organisational philosophy, Lean manufacturing, may have fallen by the wayside. But, in a manner that is appropriate for the theory’s tenets, the philosophy has quietly updated itself, and according to some industry observers, may be the key to unlocking Industry 4.0’s potential.

Emerging technologies such as virtual reality (VR), artificial intelligence (AI) and robotics will strongly influence the careers we do in the future, according to new research from BAE Systems.

Jobs of the future identified, include: