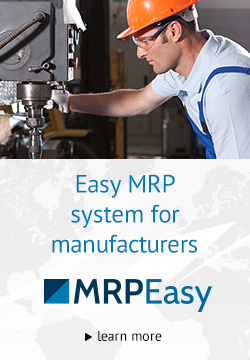 American industrial companies are being transformed by technology. More than 1.3 million manufacturing jobs have been added since the end of the recession. The resurgence of jobs has brought on a workforce crisis as companies struggle to fill roles.

Stocks are off to a higher start, with the Dow keeping pace with the other major market indexes as Boeing tries to recoup some of this week’s sharp losses; Dow and S&P both +0.4%, Nasdaq +0.5%.

Duncan Brock, group director at the Chartered Institute of Procurement & Supply (CIPS) said: ” The sector’s sickness was visible in employment levels with the steepest job losses in six years and with business optimism at its lowest levels since 2012, firms are unlikely to start hiring any time soon.”

Aerospace and defence trade group ADS, which represents some of the largest companies operating in the UK, said the risk of a no-deal Brexit was turning into a “full-blown economic crisis”.

On Thursday, China’s National Bureau of Statistics said industrial output slowed more than expected in January and February, suggesting China’s economy is slowing down. Value-added industrial output in China rose 5.3% in the January-to-February period from the year before, compared to 5.7% a year ago and economists’ projections of 5.5%. Thursday’s reading was the slowest pace of growth in 17 years.

Although the video was published by Google Cloud on July 25, 2018, we feel that IoT role in manufacturing has only increased and will be even more topical in the future.